European Commission to be the enforcer of DMA

Delegates of European Union (EU) countries grant the European Commission the “sole authority empowered to enforce” the planned Digital Markets Act (DMA). As included in the bloc’s mutual stance, the arrangement will be sanctioned by November 25, before the DMA passes as a law. EU antitrust chief Margrethe Vestager proposed the DMA in 2020, hoping to restrain Google, Facebook, Apple, and Amazon’s growing power with do’s-and-don’ts guidelines.

WhatsApp Ireland gets approval from a High Court judge to protest the EUR 225 million penalty issued by Ireland’s Data Protection Commission (DPC). This is because the messaging platform violated the transparency principles of the EU GDPR. WhatsApp disputes that the charges are invalid and unconstitutional and contradict the European Convention on Human Rights. The company contends that the hefty fine violates its constitutional property rights, and it requested the dismissal of the DPC’s ruling.

A Rundown from the Virginia Consumer Data Protection Workgroup

Gov. Ralph Northam (D-Va) signed into law last March 2; the Virginia Consumer Data Protection Act is expected to be enforced on January 1, 2023. A provision included in the law is the requirement of a workgroup that will review different provisions since it is expected to have amendments before it is implemented. Last November 1, the workgroup submitted its final report, which gave insight into possible amendments before the law takes effect.

Ireland’s Data Protection Commission (DPC) announce an outline of requirements for their new online breach notification form. Included in the new form are additional questions and precise options for the nature of the breach. It will direct users through a series of questions on whether the breach affects cross-border processing. Users will be able to add further details on security measures that cover those implemented before a breach, identified flaws, and actions to lessen the impact on data subjects. 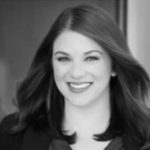